Non-Employee Sexual Harassment: Are Employees Liable When A Customer Harasses Another Customer? 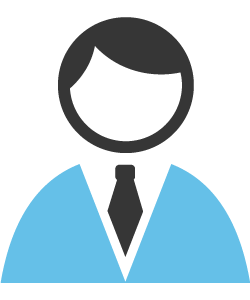 Think about all of the people you have on your side as a business owner. There are your top employees, your colleagues, and maybe even a few family members who support you emotionally. If your list does not include a good business attorney, then you need to add to your list! While your employees and family members may want to help you, if they are not lawyers, they can't do much when it comes to lawsuits and contracts. Start interviewing business attorneys and find one to represent you before you really need it. The articles here offer more details in this regard.

Non-Employee Sexual Harassment: Are Employees Liable When A Customer Harasses Another Customer?
21 May 2020

Most employers, aware of their legal liability, implement policies to prevent sexual harassment in the workplace. But are you responsible when one of your customers harasses another customer? Following the sexual harassment of an NFL football player on a United Airlines' red eye flight, that question is about to go before the Los Angeles courts.

Sexual harassment lawyers have clearly established that an employer has a duty to ensure a harassment-free workplace. But what happens when a caretaker is the victim of sexual harassment in the home of the client, a freight driver is harassed when he makes his weekly fuel pickups, or a waitress is groped by drunken patrons?

In cases in which the customer has undue financial influence over the employer, another important qualification is worth pointing out. In the case of the waitress (Lockard v. Pizza Hut), liability was found if the "employer ratifies or acquiesces in the customer's demand." Similar lawsuits have included a bar patron who was also a financial backer and a client of a consulting firm.

In the case of the NFL player, two men were groped and four complaints made before the offending passenger was moved to another seat. Sexual harassment on flights is a federal crime, and therefore warrants decisive remedial action.

Unfortunately, the experience of the football player is not an isolated event. The number of sexual assaults on flights increased 66 percent from 2014 to 2017, according to FBI records.

For more information on what to do in the case of harassment, talk to harassment attorney services in your area.